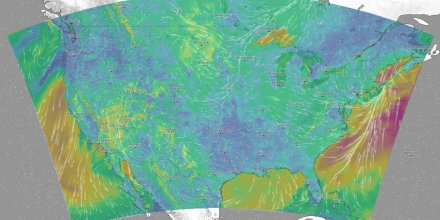 The latest website update brought several improvements. A new radar for Scandinavia and a new weather model for North America were added. 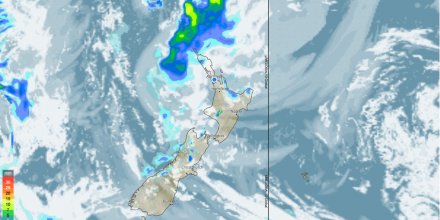 During the last few days, New Zealand experienced heavy rainfall. This led to local flooding, causing roads and houses to be inundated.

The second panel shows the forecast of particles (PM and desert dust) for Niverville. Atmospheric particulate matter (PM) are microscopic solid or liquid matter suspended in the air. Sources of particulate matter can be natural or anthropogenic. Of greatest concern to public health are the particles small enough to be inhaled into the deepest parts of the lung. These particles are less than 10 microns in diameter (approximately 1/7th the thickness of the a human hair) and are defined as PM10. They are a mixture of materials that can include smoke, soot, dust, salt, acids, and metals. Particulate matter also forms when gases emitted from motor vehicles and industry undergo chemical reactions in the atmosphere. PM10 is visible by eye as the haze that we think of as smog. PM10 are among the most harmful of all air pollutants.

For Europe, the air pollution meteogram has a fourth panel, showing the pollen forecast for Niverville.