"Cities should be built in the countryside; the air is better” (Henry Monnier, 1799 - 1877). That has not changed since the last centuries: Cities do not only have worse air quality, they also heat up more than the surrounding areas. In times of climate change, this results in increasing summer heat stress on population and infrastructure. Today's architectural and ventilation concepts are less and less able to ensure well-being of city inhabitants, which by now comprise more than 50% of world population. Heat stress inside and outside buildings increases risk to the health of sensitive population groups (e.g. elderly people; people with cardiovascular problems). Particular strong heat waves like in 2003 with significant effects on the mortality throughout Europe show the relevance of mitigation and protection against heat exposure.

Our new "meteoblue City climate" System, developed in cooperation with the ZHAW (ZHAW Zurich University of Applied Sciences), Innosuisse and the cities Zürich and Basel, enables city inhabitants to better monitor, plan and adapt to the specific city climate changes. The system has 4 components:

In the fifth step, city simulations based on the city climate model will allow testing different planning scenarios, such as changes in ground cover, vegetation, buildings, etc., to evaluate the best possible planning options for the future decades. Thereby, city inhabitants, decision makers (such as infrastructure, traffic and facility operators) and planners benefit equally from the same platform.
The system offers unique precision and resolution down to the square meter, real-time measurements as well as many different meteorological variables (air temperature, relative humidity, precipitation) for a wide and increasing range of applications.

First city climate services are now online for the cities of Basel and Zürich, Switzerland. We invite all our Basel and Zürich users to serve themselves with the most local weather forecast ever made available - practically at your doorstep.

We will be adding more cities in 2020 and continue development of features with further cities and technology partners. Your comments and suggestions are welcome. 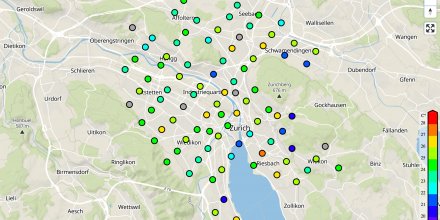 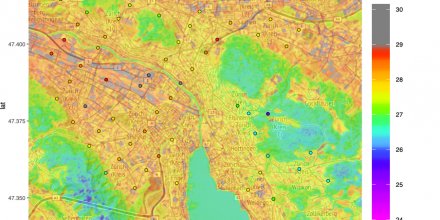 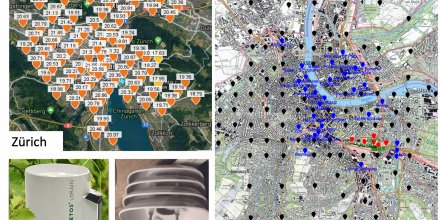