In parts of the Northern United States, an intense arctic cold outbreak occurs. Extremely cold air masses might lead to air temperatures of less than -5°F (-20˚C) at night, which feels like even less due to strong windchill effect (combining ambient air temperature and wind speed).
At the same time, air temperatures across eastern and central parts of the USA remain remarkably mild. 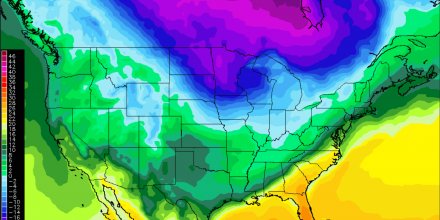 The forecast for the weekend predicts slightly warmer air temperatures in the northern parts of the USA, which, however, still remain well below the freezing point.

Check out the weather forecast for Saint Cloud.